How to Work Out a Succession Program in the Workplace 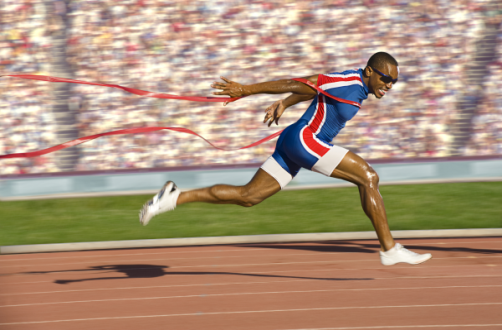 Why do you exercise? To look good, perhaps, or maybe to lose weight; but, ultimately, to live a longer, healthier life. Exercise is to the body what succession planning is to a business. Treating succession planning the same way you (ideally) treat your body is a good start to optimizing your company’s healthy succession program.

If you’re anything like me, you take a good hard look at yourself occasionally and think, “I could be better.” So, you do a couple pushups, decide it’s kind of late, and you plan to get up early tomorrow morning to start an exercise routine that you’re going to maintain for the rest of your life. But you don’t. You keep planning on it. And that’s exactly what planning is: not doing. If you want an effective succession model, you must turn “planning” into “development.” Planning to do something doesn’t change anyone, but development—and developmental experiences—does. Succession planning has a lot of checklists, charts, forms, and meetings, and can cause a false sense that the planning process is an end in and of itself, rather that the precursor to real development.

Also, it is important to measure outcome, not simply the process itself. Say you want to lose twenty pounds, so you go out and run a mile. You run a mile for a week and, on the seventh day, weigh yourself to find you have lost five pounds. You’re off to a great start, but you can’t expect to drop the remaining fifteen pounds in a month by only running a mile every day. You have to adjust your routine to compensate for the progress you’re making. Set goals that you want to reach in your succession process, and measure your progress against those goals. SmartMoves offers many tools and assessments to help set measurable goals for your company’s succession program. Some other possible measurements of succession planning performance include:

Another good rule of thumb—in both body and succession development—is to keep things simple. Remember Rocky IV—the one where the iron man Drago kills Apollo Creed in an exhibition match, so Rocky flies to Russia for revenge in the boxing ring? If you recall, Rocky didn’t use all the fancy science and machinery to prepare for his fight; he used his surroundings. The same should go for your succession model. Use the resources you already have to advance the next generation of leadership in your company, and use assessments to gauge who in your company should be moved up in succession. Using in-house resources in succession planning will result in:

Finally, be realistic. I’m never going to look like Stallone in his heyday, and I’m okay with that. The Harvard Business Review gave an example of an unrealistic succession plan:

“The head of engineering is a high performing leader who has the potential to be COO. She has always been in an engineering role. If she had sales experience, she would be even more ready to be the COO so her development plan is written to include a job move to be head of sales. However, this company would never take the risk of putting someone without sales experience in the top sales job — so her development plan perpetually says, “move to a sales job” even though that will never happen.”

Setting unrealistic goals will only lead to frustration. I’m not going to bulk up to a 350 pound mountain of muscle, and your mediocre sales person is probably not going to be the next sales manager. While development plans and succession charts aren’t promises, they are often perceived as such by high-performing individuals in the organization that want to advance. Setting realistic goals helps everyone involved understand what is necessary for advancement, and how it can be achieved. For some people, it’s just not going to happen.

The most important thing to remember is to define what success means to you, and what goals you wish to accomplish. Maintaining a strong line of succession is just as important as keeping your body healthy and fit. By considering the aforementioned suggestions, you can achieve both.

Do you have a strong succession program? How is it working out for you? Tell us about it in the “Comments” section below.