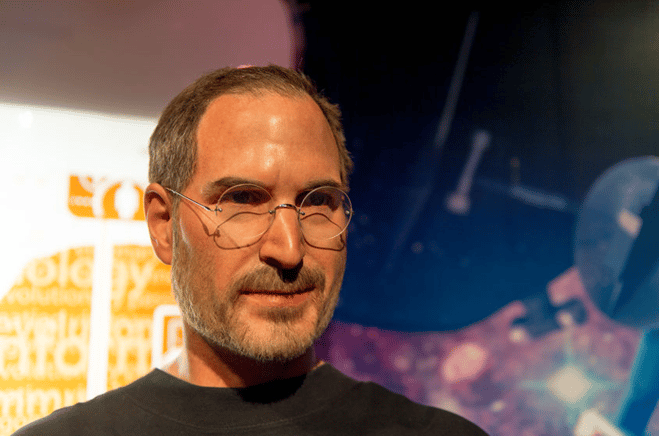 As my Inc.com colleague Minda Zetlin has reported, every morning Jobs would look in the mirror and ask himself, "If today were the last day of your life, would you want to be doing what you're doing?" Reminding yourself of your eventual demise while brushing your teeth might seem morbid, but as Jobs explained in his famous Stanford commencement speech, thinking about death is a powerful way to focus your attention on how you're using your limited days.

"Remembering that I'll be dead soon is the most important tool I've ever encountered to help me make the big choices in life. Because almost everything -- all external expectations, all pride, all fear of embarrassment or failure -- these things just fall away in the face of death, leaving only what is truly important," he told the new grads.

And Jobs isn't the only one insisting it's one of the best ways to push yourself not to waste your one precious life. Ancient stoic philosophers advocated "memento mori," or reminding yourself of the mortality of all things, and as Michael Easter, author of The Comfort Crisis, explains in a new Outside article, both Buddhism and modern science also agree with Jobs.

The article recounts Easter's travels to Bhutan to speak with eminent Buddhist teachers about death and the ill effects of refusing to face up to your own mortality. "I have found that the people who have not thought about death are the ones who have regrets on their deathbeds. Because they have not used a necessary tool that could have made them live a fuller life," one Lama who works with the dying warns Easter.

But woven throughout the travelogue are also enough references to Western scientific research to convince those who find statistics more persuasive than monks. One University of Kentucky study found that people who were directed to contemplate their death felt happier and more fulfilled than a control group. Another study at hospitals like the Yale Cancer Center and Massachusetts General Hospital found looking death in the eye led to a higher quality of life for terminal patients. Another bit of research showed pondering your mortality led to more pro-social behavior like volunteering and donating to charity.

Steve Jobs, in other words, was on to something. Facing up to the fact that our time here on earth is short may be bitter medicine, but some of the greatest thinkers of the East and West as well as modern psychology suggest it's good for you. Little else will focus the mind quite so clearly on what's important as spending a moment each day pondering just how few days you might have left.

So what will you ask yourself when you look yourself in the mirror tomorrow morning?

Looking to hire individuals with the right attitude, who know how important their time is?  If so, I can show you how to attract A players to your sales team. Schedule some time with me here: https://assess.smartmovesinc.com/meetings/barb7