Getting New Hires to Come to You (and Stay) 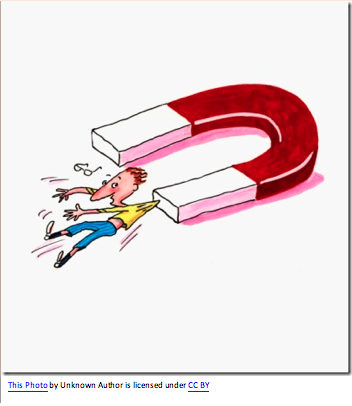 In October, the unemployment rate fell 0.1 percentage point to 4.1%, its lowest level since December 2000, according to the Labor Department. Determined to get their piece of the ever-shrinking pool of available human resources, companies across all industries are sharpening their pencils and coming up with interesting ways to get onto new hires’ radar screens.

Needing a way to attract 200 new nurses in the midst of a national shortage of such healthcare professionals, one hospital in West Virginia went beyond traditional incentives (signing bonuses, overtime pay, flexible scheduling, etc.) and began offering free accommodations to out-of-town applicants who didn’t want to relocate.

“Morgantown is a delightful place, but a lot of times, when people outside the state think about West Virginia, there’s a negative connotation,” WVU Medicine’s Doug Mitchell told STAT. “We can’t let a lack of nurses limit us.” To date, several hundred nurses have stayed at the dorm before returning home, the publication reports.

Restaurants are also hard-pressed to find good employees and coming up with ways to overcome the obstacle. In Colorado, for example, Fazoli’s recently held a “National Signing Day,” where people come in one day and know the following day whether they are hired the next day. The restaurant’s owner is baiting the hook with prizes that include “stay for 90 days and get an extra $90,” or the chance to win high-end Beats headphones and a Bose sound system. “The goal is to not only attract good people, but get them to stick around,” according to CBS Denver’s Dominic Garcia.

Get Your Recruiting Out of the ’70s
“You can’t keep recruiting like its 1970 and expect it to work in this era,” says Ira S. Wolfe, president at Success Performance Solutions and author of Recruiting in the Age of Googlization. Unfortunately, that’s exactly what many traditional, small- to midsized firms are doing. To avoid this trap, Wolfe says distributors need to do the basic outreach (i.e., job ads, social media, job websites, etc.), and then measure the results of those efforts. “If you post an ad in the local paper and no one actually sees it, you aren’t going to get the job candidates that you’re looking for,” Wolfe cautions. “You’re basically just throwing darts in hopes that it works.”

Another major sticking point for many companies is an archaic application process that simply isn’t millennial- or GenZ-savvy. These mobile-ready generations expect to be able to make purchases and apply for stuff right from their iPhones, which means they’re not going to take the time to sit down at a laptop computer to fill out a lengthy job application. “If all I own is a mobile phone or tablet, and if that’s how I connect to the Internet, I’m not going to want to deal with that application,” says Wolfe, who estimates that roughly 80% of job candidates who start an application wind up abandoning it. “And when you’re talking about candidates who are under 35, that percentage goes even higher.”

Wolfe, who recently worked with an industrial distributor that was looking to hire its sixth employee, says the company couldn’t find what it needed using traditional recruiting methods. By broadcasting the job across social media, measuring the resultant responses and interactions to it, and simplifying its application process, the company was able to select its new hires from a wider swath of candidates. “Within one week, they had hired two new people,” says Wolfe, “and all because of those little tweaks to the recruiting process.”

Don’t Forget About Keeping Your Best Onboard
Beverly Kaye, founder of Los Angeles-based Career Systems International says companies across the board are having a hard time finding and retaining good workers. The environment probably won’t improve in 2018, she says, which is why electrical distributors should think long and hard about how they go about attracting new hires. And don’t forget about those recruits once they’re onboard, says Kaye, because losing (and having to replace) a key hire can be a pretty expensive proposition.

“People want to know that they are valued, and that the work that they’re doing is valued,” says Kaye, who tells distribution managers to come up with challenging tasks, projects, and job roles that employees can really sink their teeth into. This will not only keep them engaged, but it will also keep them coming back for more. The latter is particularly crucial in an era where the next job opportunity is literally one mouse click away. “Find ways to help people expand their skills without making it feel like more work,” says Kaye, “and then provide solid feedback both during and after the assignment or project.”