Behind Every Problem Performer…. There Is A Problem Manager

In every organization, there are problem performers. People who, for various reasons, are not meeting performance expectations. They may be “C” players that need to raise their performance. They may be “D/F” players where other actions may be necessary. 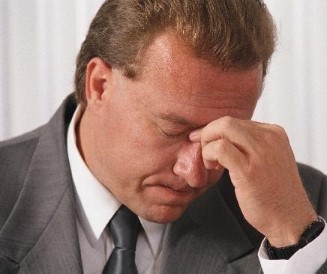 Let’s dive more deeply into this, how do we “create” problem performers?

1. We’ve hired the wrong person. So much of problem performance is a simply because we have put the wrong person in a role. We’ve put a square peg in a round hole. This is a management problem–unfortunately, we find this out some months after we have made a bad hiring decision; we’ve hired someone, we’ve on-boarded them, then there is the time in the job, until we see their performance is off. One of the biggest faults I’ve seen with managers is their carelessness in hiring. They hire based on an impressive profile, great chemistry. They haven’t taken the time to understand what drives success in the role and to develop a competency model to use in the hiring/development process. With each sales hire, we are making a multi-million decision, it’s the manager’s responsibility to make sure they minimize the opportunity for a hiring error.

2. Related to the previous point, too often we treat these hiring errors as “bad people.” We would never hire someone that hadn’t had great experience/performance in their previous jobs–that would be idiocy. What we’ve done is taken someone who has been a great performer, but put them in a role that’s a mismatch for them and us. One of the biggest errors I’ve seen is hiring a sales person from a huge/big name company and putting them in a start-up/small business role. That’s a hugely difficult transition to make. I’ve seen people who are top performers in their large companies, who struggle in this very different role. Again, the fault is less on the individual and more on the manager not taking the time to understand the qualities necessary for success in the role and matching the candidates to those qualities.

3. They don’t understand the job. This is more than just saying, “Here’s your territory, here’s your quota, here’s your comp plan. Make sure you take your training and get out and sell!” This is principally the job of the manager, supported by sales enablement. Selling is not selling is not selling. With each company, we have different strategies, priorities, and goals in our customer engagement strategies. How we get things done, how we hold/value the customer, how we want to engage the customer, creating value with them is different with each company. The tools, processes, systems, programs we use to effectively engage our customers are critical in maximizing the performance of each person in the organization.

4. We all know coaching is critical in driving and improving performance. But managers invest too little time in coaching and their coaching is ineffective. When the data shows managers spend only a few hours a week coaching–their entire team, we know managers are not spending their time on where they have the highest impact on overall team performance. Second, they are ineffective in their coaching. Rather than treating coaching as a collaborative learning/discovery process, they are in “tell” mode, instructing people on what they need to do. Coaching is the highest leverage activity a manager can do in maximizing the performance of each person on the team. Managers must be spending at least 50% of their time coaching. They need to coach everyone–A players through poor performers.

5. Change management problems. Even the best performers suffer if they don’t change. Those things that created top performance 2 years ago, may not be the most important things to drive performance now, and may be the wrong things in 2 years. Managers must constantly look at how to maintain the highest levels of performance and what changes are needed. They share the responsibility with sales enablement, but coaching is critical in helping manage change. Managers need to help their sales people understand what’s changed, why, what they need to do to implement the change. As people struggle, as is natural, managers need to help their people diagnose the issues that impact performance and what is needed to correct it.

6. Change fatigue. Sometimes, there is too much change, regardless of how much a person tries to adapt their behaviors and performance. For example, at an individual level, there may be a lot of things a person needs to change to improve performance. But they struggle with changing everything at once. I recall someone “coaching” me on my golf stroke. He easily identified the 10+ things I was doing wrong. He tried to coach me at changing all those things at once, you know what happened. I ended up worse than before. When I hired a professional to coach me, he focused on one thing. Once I mastered that, he went to the next, then the next. I quickly improved. As managers, there are a lot of things our people may have to change to improve performance. We need to identify the 1-2 things that have the highest leverage, then help our people master that. Then we move on to the next, then the next. By taking these smaller steps, we actually accomplish more in a shorter period of time, than we do by trying to drive a huge number of changes.

7. Role modeling. One of the most underrates methods of changing behavior and driving performance improvement, is demonstrating the behaviors and changes that are critical. For example, if a sales person is struggling with high impact customer meetings, managers should participate, setting an example to help the person see what great performance looks like. If we expect our people to use the sales process, the systems and tools that support top performance, managers must set the example by using these tools themselves.

9. Systemic performance issues are less an issue of the people, and more of a poor performing manager. Sometimes we see many people in a team having performance issues. The common denominator in this is the manager.

If you would like to learn how to improve effectiveness of your sales managers and understand their strengths and weaknesses, please reach out to us at 800-700-6507.