What You Can Learn From Southwest Airlines' Culture 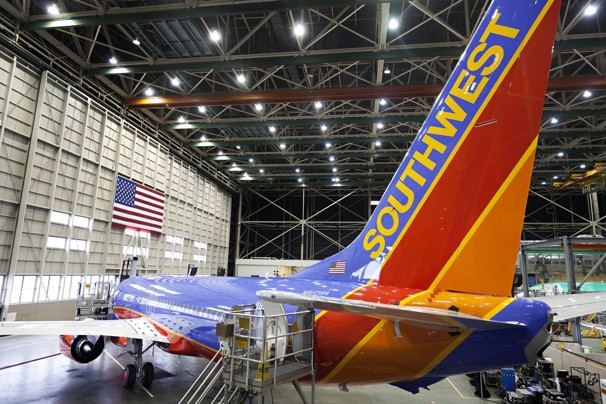 A consciously developed customer-centered culture is a business advantage that will serve you for years — and inoculate you against competitive inroads. Consider for a minute Southwest Airlines and the lengthy list of would-be category killers that have tried to imitate it: United Airlines’ United Shuttle, Continental Airlines’ Continental Lite, Delta’s Delta Express and US Airways’ Metro-Jet.

What did these companies lack: Money? Name recognition? Hardly. They lacked Southwest’s relentless focus on culture, which none of its pop-up competitors was willing to slow down to emulate. And all are now bust.
This is why someone leading a business today — preparing a bright future for your organization and perhaps for the world — needs to focus not just on nuts andbolts, techniques and standards, but on culture.

Without a consciously created culture, your leadership won’t last beyond the moment you leave the building. Any vacation — or even lunch break — you take is an invitation for disaster: The inevitable complaint I hear from consulting
clients and at my engagements as a speaker is this: “Employees act differently when there aren’t any managers around.” But with a great company culture, employees will be motivated, regardless of management’s presence or absence.

●The number of interactions in a business between customers and staff is nearly infinite, and only a strong, clear pro-customer culture gives you a fighting chance of getting the preponderance of these interactions right.

●The current technological revolution amplifies the problems of not having the correct culture: Employees not acting in their customers’ best interest will end up having their actions broadcast over Twitter within minutes.

●Business realities are continually changing, and only a strong culture is going to help you respond to, capitalize on and drive forward these changes in order to serve customers and show your business in the best light.

Here’s how you can start leading through culture:

●Articulate your central philosophy, in just a few words if possible — a few meaningful
words. That’s right: A company’s culture can begin with words, but those
words need to represent a decision — something you actually stand for, a
decision then expressed in the clearest, and ideally fewest, words. Find a
central operating principle. Think of the Ritz-Carlton’s “We are Ladies and
Gentlemen serving Ladies and Gentlemen,” or Mayo Clinic’s “The needs of the
patient come first.”

●Elaborate on your central philosophy with a brief list of core values — a list short enough
that every employee can understand, memorize and internalize, yet long enough
to be meaningful. Your core values should cover how customers, employees and
vendors should be treated at all times.

●Include the wider world: Your people want a sense of purpose that goes beyond an ability to
exercise stock options at a favorable moment. More inspirational: a version of
the “triple bottom line,” such as Southwest’s “Performance – People – Planet”
commitment and annual report card.

●Reinforce  your commitment to these values continually. You may want to go as far as to devote five
minutes every morning to stress one value, or an aspect of one value, at your
departmental meeting. (This is what the Ritz-Carlton does.) If that’s too often
for your business reality or sensibilities, do it weekly. But don’t save it for
the annual company picnic. Annual anything is the enemy of ‘‘core."

●Make it visual. The Ritz-Carlton has ‘‘credo cards’’— laminated accordion-fold cards
that each employee carries during work hours. The brand’s entire core beliefs,
plus shared basics of guest and employee interactions, fit on that card.

Zappos highlights one of its core values on each box it ships out. And sometimes ‘‘visual’’ doesn’t mean words at all. One way that FedEx shows that safety is a core value is via the orange shoulder belts in its vans: Everyone can see — from 25 yards away — that the driver’s wearing a belt.

● Make them the focus of orientation. That way, if safety is one of your core values and you
stress this at orientation, on day two, when the new employee’s coworker tells
him, ‘‘In this restaurant, we stack the high chairs in front of the emergency
exit when we need more room to do our prep work’’ (this is a real-life example,
unfortunately), the new employee will experience cognitive dissonance and work
on a way to align the actions of the company with the core values they’re
supposed to reflect.

●Most of all,
train, support, hire, and, if necessary, use discipline to enforce what’s
important to you. A core values statement is two-dimensional until you bring it
to life — with the right people and energetic guidance.

‘‘Maintaining a culture is like raising a teenager,’’ says Ray Davis, president and CEO of Umpqua Bank. ‘‘You’re constantly checking in. What are you doing? Where are you going? Who are you hanging out with?’’

And, sometimes, you have to use some tough love when that teenager is acting up in ways that
don’t support the culture you’re working to build.