The King is Dead: What does the passing of Arnold Palmer, “The King”, have to do with Sales Excellence today? 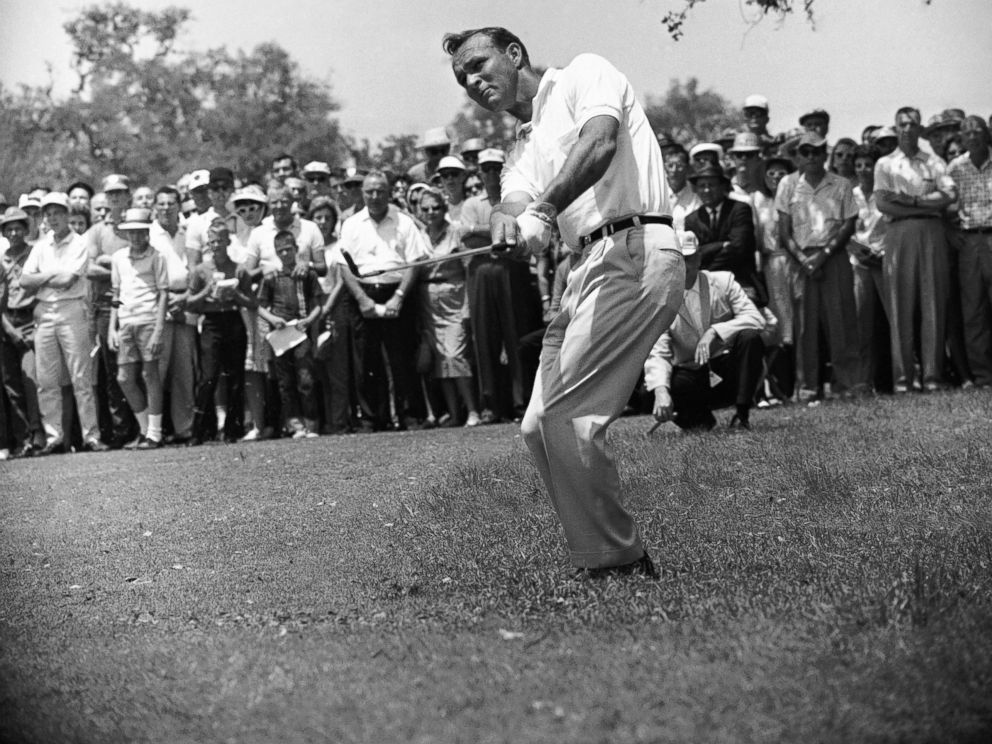 First off, I’m an avid golfer.  I watch the golf tournaments weekly and I play weekly.  I may suck at golf (18 handicap) but I love the challenge, the competition, the elegance and finesse of the game, the wonderful 5 hour “walk in the park”—and the thrill of hitting at least one or two great shots a round and maybe… of winning a tournament. I got hooked on golf as a kid, even though I didn’t start playing until I was 50 but I remember watching TV with my Dad and the weekly competition between Arnold Palmer and Jack Nicklaus.  If it wasn’t for his excellence and that TV was finally in every home in America, golf would not be such a fanatical passion for so many of us today.  But did you know that if It wasn’t for Arnold Palmer there would be no Golf Channel? His commitment to make Golf a major sporting event on TV is now a part of his legacy. Did you know that?

But what does this all have to do with sales success?

I was watching the dedication to Mr. Palmer on the Golf Channel tonight and I thought about how the lessons I’ve learned from Arnie relate to sales success.

As one of the pros being interviewed said, “he didn’t play a course, he invaded it.” How many of your sales people are as driven to succeed at that level?

Another one said “he made you feel like you are the center of the world”.  And in an
interview with a number of women at the NAED Women in Industry Conference a few
months back, I was talking to Desiree Grace, VP of Sales and Marketing at Anamet Electrical, and I asked her “What do you look for when hiring a great sales person?”  Here is part of her response:

“You have to generally like people. And I would make the argument you have to like all people.”

“I’ll give you a really funny example. Years ago when I was a sales rep, I called on a chemical
plant. And you always had to go through the guard shack. And if the person I was looking for was in another office, the guard would page them, you know, maybe someone named Dan or Dino. And so, it was Christmas, and I’d brought him a box of candy.

And he told me something I hadn’t even thought of or considered. He said, “You’re the only sales rep that’s ever brought me anything for Christmas”. And this was a good customer, so I was there like every other week. And I said, “Well, you’re always really helpful. You page the guys for me, etcetera, etcetera.” And he said, “Yeah, but I don’t do that for everybody.” He goes, “Haven’t you ever noticed?” And I said, “No, I really hadn’t.” He said, “The guy from the XYZ company, “he’s an arrogant jerk. I just leave messages on the voicemail of the person he wants to talk to. I don’t go the extra mile and page out in the factory for him.”

Arnie exemplified this idea.  As a result, “Arnie’s Army” was created. He probably had more fans than any other golfer in history.  How do your sales people stack up?  Are they loved by their customers? Do they create relationship right from the get go? And do they maintain them?

The first order of a great sales process is to be able to create relationship with the prospect. That creates trust and respect and drops the defenses of the prospect.  No one in the game of golf was better at creating relationship than Mr. Palmer.

And how about his commitment level? I was always amazed at the level of commitment with which Palmer played. He had a quirky golf swing but that didn’t stop him.  As one of his peers said in an interview today “We loved that he always ‘went for it’ when he probably should have laid up”.  So I asked the women at the conference “So as sales leaders, what do you think are the three most important things you look for in a sales candidate?”

One of the responses was “I think the biggest piece of it is self-motivation because if someone is not motivated to learn, they’re not motivated to ask questions, if they’re not motivated to make those phone calls, you know, you can’t teach self-motivation. They have to be committed to doing whatever it takes to be successful, those together; and then being willing to learn is
incredibly important. One of our HR people had a great saying: “skill and will” If there’s a skill
gap, you can move someone from low skill to moderate skill. But if they don’t have the will, no
way.

So, do you have a means of measuring how committed to success your sales people are? Do you know if they have the desire and drive to be a success?

Arnie had a natural ability to differentiate himself.  Even though Jack Nicklaus won more
tournaments in the end, and I love Jack, don’t get me wrong, it was Arnie that really stood out.
When he advertised Penzoil years ago on TV, I just wanted to rush out and buy it—not because
It was a better engine oil but because I trusted Arnie. And I didn’t even need engine oil!

Most recently he was a spokesperson for a pharmaceutical company for people with a certain
heart condition—I think it was Xarelto.  I don’t have a heart condition, but if I did, I’d definitely
look into that product because of the way he gently and kindly differentiated himself—and that
in turn differentiated the product. He created trust.  In our sales training we have a term for that:  he had what we call “Sales Posturing”. On the course, sales posturing was his swing, his stance and his stride.  Off the course, it was his warmth, his smile and genuine love for what he was doing and his open heart.

Are your sales people able to differentiate themselves?  Or your company? Or your product? Do they create trust in the mind of the buyer?

Being humble was another of Arnie’s attributes.  This must be a part of the makeup of a
successful sales person.  Humility is about taking responsibility. They must take responsibility for not only their success but their failures.  Another Sales Manager I spoke with noted, “I think being humble is probably someone’s best attribute. I think that we all are human. We all make
mistakes. But we have to be willing to say, “you know, I learned. I learned that lesson. It might
not have been the best way that I approached it,” but to be humble enough to say, “I’m willing
to accept my errors, I’m willing to learn from my mistakes, and I’m willing to be a better person
because of it.”

Commitment, Desire and Drive to Succeed, Taking Responsibility, Creating Relationships, Building Trust, and Differentiating Yourself— are just a few of the important lessons we can learn from the life of the great Arnold Palmer. In the highly competitive world of sales today, these are also some of the essential keys to being successful in sales.  There are many others and if you’d like to learn more to create sales “legends” in your company, just reach out to us.  Or Register for Free Trial of Salesperson Candidate Assessments.