Stuck At Home? Twenty Best Sales Movies of All Time

We're all spending a little more time at home these days. Many of us are catching up on our favorite shows and movies. But that doesn't mean your sales skills need to go rusty. Check out our top twenty best sales movies of all time for your next movie night. 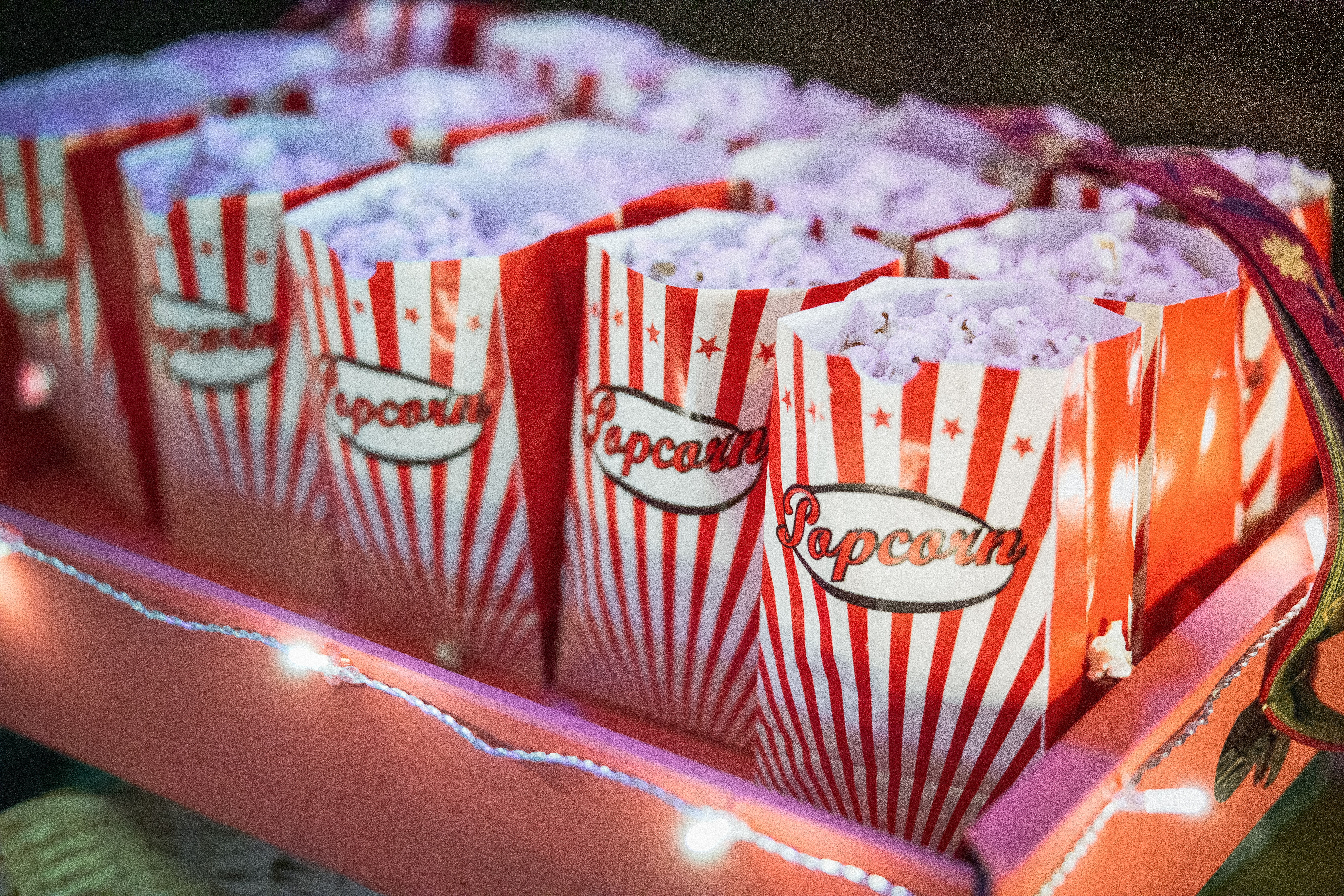 Rudy Russo (Kurt Russell) is an unscrupulous car salesman who aspires to become a politician. In the meantime, however, Rudy works for the nice but ineffective automobile dealer Luke Fuchs (Jack Warden). When Luke dies, Rudy takes over the lot, but he faces stiff competition from the scheming Roy L. Fuchs (also Warden) who wants his brother's business for himself. In order to get more customers, Rudy and Roy each devise ridiculous promotions to gain the upper hand.

This made-for-TV adaptation of Arthur Miller's revered stage drama focuses on Willy Loman (Dustin Hoffman), an aging traveling salesman in the midst of a major crisis. Burdened by financial woes and distanced from his wife, Linda (Kate Reid), and two grown sons, Biff (John Malkovich) and Happy (Stephen Lang), the increasingly unstable Willy dwells on various memories of his family and his career as he looks back to find out what went wrong with his life.

When failing salesman Tommy Wilhelm (Robin Williams) loses his job, his life starts to fall apart. His wife, Margaret (Katherine Borowitz), divorces him, and his disappointed father (Joseph Wiseman) belittles him. Tommy decides to move to New York City for a job set up by his friend Dr. Tamkin (Jerry Stiller), still believing he has the skills to be a top salesman. When prospects in New York do not improve for Tommy, he fights for the little work he can find.

J.C. Wiatt (Diane Keaton) is a New York City businesswoman who is married to her job and has a relationship with Steven (Harold Ramis), a successful investment broker. J.C.'s life takes an unexpected turn when a relative suddenly dies and makes her the caretaker of a baby girl. Soon, the baby's arrival causes J.C. to lose first Steven, and then her job. She moves to Vermont and embarks on a series of life-changing events. But when offered the opportunity, will she return to her corporate ways?

Door-to-door aluminum-siding salesmen Bill "B.B." Babowsky (Richard Dreyfuss) and Ernest Tilley (Danny DeVito) are professional rivals in an industry known for shady dealings and high-pressure sales. But their rivalry goes from professional to personal after a minor car accident that neither are willing to take the blame for. As the hatred between the two men grows to near insane levels, B.B. decides to take it even further by seducing and having an affair with Tilley's wife (Barbara Hershey).

When an office full of New York City real estate salesmen is given the news that all but the top two will be fired at the end of the week, the atmosphere begins to heat up. Shelley Levene (Jack Lemmon), who has a sick daughter, does everything in his power to get better leads from his boss, John Williamson (Kevin Spacey), but to no avail. When his coworker Dave Moss (Ed Harris) comes up with a plan to steal the leads, things get complicated for the tough-talking salesmen.

After his beloved father (Brian Dennehy) dies, dimwitted Tommy Callahan (Chris Farley) inherits a near-bankrupt automobile parts factory in Sandusky, Ohio. His brand new stepmother, Beverly (Bo Derek), wants to cash out and close, but Tommy's sentimental attachment to his father's employees spurs him to make one last-ditch effort to find someone who will buy their products. With his father's tightly wound assistant, Richard (David Spade), in tow, Tommy hits the road to scare up some new clients.

Eddie Miller (Robert Forster) has spent his life traversing the roads of Pennsylvania, selling diamonds and jewelry to small shops. After a heart attack makes him an insurance risk, his company informs Eddie that it's time he trains his replacement, Bobby Walker (Donnie Wahlberg), a coarse, brash young man with no sales experience. Despite their differences, the two become friends, and Bobby introduces Eddie to Tina (Jasmine Guy), a madam with a rough exterior but a heart of gold.

Life is a struggle for single father Chris Gardner (Will Smith). Evicted from their apartment, he and his young son (Jaden Christopher Syre Smith) find themselves alone with no place to go. Even though Chris eventually lands a job as an intern at a prestigious brokerage firm, the position pays no money. The pair must live in shelters and endure many hardships, but Chris refuses to give in to despair as he struggles to create a better life for himself and his son.

Handsome pharmaceutical salesman Jamie Randall (Jake Gyllenhaal) always has good luck with women. A chance encounter with Maggie Murdock (Anne Hathaway), a free-spirited Parkinson's patient, leads to a sexual relationship. As Jamie and Maggie become closer, each must question if a serious commitment is in their future.

Insurance agent Tim Lippe (Ed Helms) is sublimely naive: He has never stayed in a hotel, has never flown in a plane, has never even left his tiny Wisconsin hometown. Chosen to represent his company at a convention in Iowa, Tim meets three veteran attendees (John C. Reilly, Anne Heche, Isiah Whitlock Jr.), who set him on course for a life-altering weekend of wild times and sweet temptation.

Billy Beane (Brad Pitt), general manager of the Oakland A's, one day has an epiphany: Baseball's conventional wisdom is all wrong. Faced with a tight budget, Beane must reinvent his team by outsmarting the richer ball clubs. Joining forces with Ivy League graduate Peter Brand (Jonah Hill), Beane prepares to challenge old-school traditions. He recruits bargain-bin players whom the scouts have labeled as flawed, but have game-winning potential. Based on the book by Michael Lewis.

A story of a family across four generations, centred on the girl who becomes the woman who founds a business dynasty and becomes a matriarch in her own right. Facing betrayal, treachery, the loss of innocence and the scars of love, Joy becomes a true boss of family and enterprise in a world of unforgiving commerce. Allies become adversaries and adversaries become allies, both inside and outside the family, as Joy's inner life and fierce imagination carry her through the storm she faces.

The true story of how Ray Kroc (Michael Keaton), a struggling salesman from Illinois, met Mac (John Carroll Lynch) and Dick McDonald (Nick Offerman), who were running a burger operation in 1950s Southern California. Kroc was impressed by the brothers' speedy system of making the food and saw franchise potential. Kroc soon maneuvers himself into a position to be able to pull the company from the brothers and create a multi-billion dollar empire.

Welcome to the infamous "boiler room" -- where twenty something millionaires are made overnight. Here, in the inner sanctum of a fly-by-night brokerage firm, hyper-aggressive young stock jocks peddle to unsuspecting buyers over the phone -- and are rewarded with mansions, Ferraris and more luxury toys than they know what to do with. In this unassuming Long Island enclave, Gen Xers chase the green at breakneck speeds, sometimes one step ahead of the law.

When slick sports agent Jerry Maguire (Tom Cruise) has a crisis of conscience, he pens a heartfelt company-wide memo that promptly gets him fired. Desperate to hang on to the athletes that he represents, Jerry starts his own management firm, with only single mother Dorothy Boyd (Renee Zellweger) joining him in his new venture. Banking on their sole client, football player Rod Tidwell (Cuba Gooding Jr.), Jerry and Dorothy begin to fall in love as they struggle to make their business work.

In 1987, Jordan Belfort (Leonardo DiCaprio) takes an entry-level job at a Wall Street brokerage firm. By the early 1990s, while still in his 20s, Belfort founds his own firm, Stratton Oakmont. Together with his trusted lieutenant (Jonah Hill) and a merry band of brokers, Belfort makes a huge fortune by defrauding wealthy investors out of millions. However, while Belfort and his cronies partake in a hedonistic brew of sex, drugs and thrills, the SEC and the FBI close in on his empire of excess.

Car dealer Joey O'Brien (Robin Williams) is spread as thin financially as he is in his love life. He's dating more women than he can remember, and the local toughs he's borrowed money from want it back. In a last-ditch effort to get out of debt, Joey struggles to sell a dozen cars in two days -- a task that becomes difficult when the husband (Tim Robbins) of Joey's secretary (Annabella Sciorra) barges into the dealership with a semi-automatic weapon and takes everyone hostage.

Don Ready (Jeremy Piven) is many things, but he is best-known as an extraordinary salesman. When a car dealership in Temecula teeters on the brink of bankruptcy, he and his ragtag team (Ving Rhames, James Brolin) dive in to save the day. But what Ready doesn't count on is falling in love and finding his soul.