How the Best Hiring Managers Hire the Best People

One of my mentors and strategic partner, Lou Adler, for whom SmartMoves has conducted Performance Based Interviewing workshops, wrote this great article.  It is so “right on” that I thought our audience should read it. 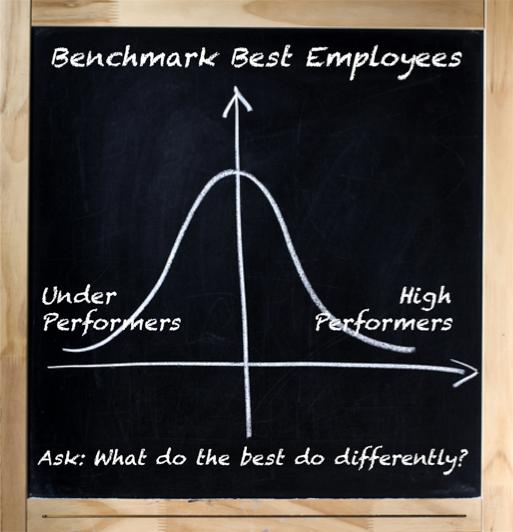 What do the best people do differently than the rest?

This week I started reading Switch, by Chip and Dan Heath, describing how to use benchmarking techniques as a means to implement change. This reminded me that in the late ‘80s I read Tony Robbins’ first book, Unlimited Power, describing how he benchmarked the best .45 caliber shooters to develop a training program for the U.S. Army. Based on this I began to benchmark best hiring practices to improve my search firm’s ability to find and hire top performers. The process eventually became Performance-based Hiring. There were two parts to this: first, what the best hiring managers did differently; and second, what the best people whom they hired did differently. Here’s the quick synopsis.

What the Best Hiring Managers Do Differently:

Define Success: Ask, "What Do the Best Employees Do Differently?"

When I first became a recruiter, all of the jobs I initially handled were for positions I was personally familiar with, like staff and mid-level manufacturing and accounting positions. I became less effective as I took on different assignments. This changed for the better when I started to use Tony Robbins’ benchmarking technique. To understand the job I just asked hiring managers to describe what the best people did differently than the rest. While different for each job, some examples illustrate the benchmarking concept:

From a recruiting standpoint I would ask the hiring manager if he or she would be willing to have an exploratory meeting with a strong person who met the “benchmarking the best” requirements for the job even if the person didn’t meet all of the requirements on the skills-infested job description. The best all agreed and most used the Performance-based Interview approach I also benchmarked. They then took full responsibility for recruiting, assessing and hiring these people. That's how the best hiring manager hire the best people.