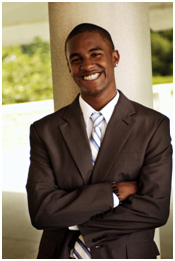 We examined the eight signs of incompetent management in one of our popular whitepapers. Letting these issues go unaddressed can halt the growth of your organization. Managers are responsible for so many critical tasks – supervising employees, making sure tasks are completed and keeping everyone engaged – that if they are not doing their jobs right, the negative effects will trickle down quickly.

We have numerous blog posts covering the many ways you can rectify poor management situations. But sometimes the best way is not to tell people, but to show them. We have identified eight CEOs whose leadership styles are the perfect examples of how to avoid the incompetent management signs we identified.

1) Incompetent mangers are poor communicators
Avoid this by following the example of Howard Schultz, CEO of Starbucks
The Starbucks CEO says that Starbucks is not in the coffee business. Yes, it is what the company sells, but he says that is just a way to facilitate excellence in the business they are really in: the people business. Schultz says Starbucks is all about the human connection – whether it is with Starbucks customers or the company’s team members. This human connection is really what the company sells. Shultz does an excellent job of communicating what the product stands for, in turn creating one of the most valuable brands in the world.

2) Incompetent managers have weak leadership capabilities
Avoid this by following the example of Meg Whitman, CEO of Hewlett Packard
A large part of leadership is translating tomorrow’s vision into today’s activities. Whitman was an excellent example of this as soon as she became CEO of eBay in 1998. She knew she wanted to grow the company’s revenues and got started immediately executing strategies to get there. She reorganized eBay’s management structure and acquired PayPal and Skype in 2005. Her plans worked: eBay grew from $4 billion in revenue to $8 billion in revenue under her headship.

3) Incompetent managers are unable or unwilling to adapt to change
Avoid this by following the example of Marissa Mayer, CEO of Yahoo
Effective leaders get proactive instead of always reacting to change. Mayer is doing just that. The new Yahoo CEO stepped into a company that was in desperate need of a strategy to move it forward. Mayer has already started implementing her first plan, to form more partnerships. Yahoo’s new home page is connected to the user’s Facebook accounts, providing more personalized content.

4) Incompetent managers have poor relationship-building skills
Avoid this by following the example of Bob Igler, CEO of Disney
There are many leadership skills we can learn from this Disney CEO. But one of his most impressive feats has been reconciling the issues between a board member and Roy Disney. Internal disagreements and issues will tear your company down faster than any external forces. Igler shows us how important it is to resolve these issues ASAP.

5) Incompetent managers are ineffective task managers
Avoid this by following the example of Mark Zuckerberg, CEO of Facebook
Effective task managers are not afraid to ask for help to get things done. Zuckerberg brought Sheryl Sandberg on as COO because he knew he needed guidance on ways to make Facebook more profitable. Sandberg became the yin to Zuckerberg’s yang. He was able to focus on what he loved, making Facebook’s site better, while Sandberg focused on ways to bring in revenue. The two reportedly meet every week to give each other feedback.

6) Incompetent managers are insufficient producers
Avoid this by following the example of John Chambers, CEO of Cisco
Insufficient production is largely the result of waffling: taking too long to make decisions and take action. Chambers is not one to put off decision-making. Under Chambers leadership, Cisco experienced unprecedented growth. Chambers had his eyes on a growth strategy as soon as he was promoted to CEO in 1995. Cisco acquired 12 companies within his first year.

7) Incompetent managers are poor developers of others
Avoid this by following the example of Eric Schmidt, Executive Chairman at Google
Schmidt is credited with nurturing the unique culture at Google during his time as CEO. He encouraged creativity and promoted team collaboration, two large parts of helping employees to develop their skills. No wonder Google is able to keep such top-notch talent!

8 ) Incompetent managers are neglectful of their own personal development
Avoid this by following the example of Allan Mulally, CEO of Ford
In our whitepaper, we identified not giving up easily as a large part of developing personally. Mulally provides a great example of perseverance. The auto industry was not a fun industry to be in 2008. But Mulally still felt he could bring Ford to the land of the profitable. He declined a government bailout and focused instead on cutting costs. The company was finally able to post a profit in 2009 after three years of losing money.