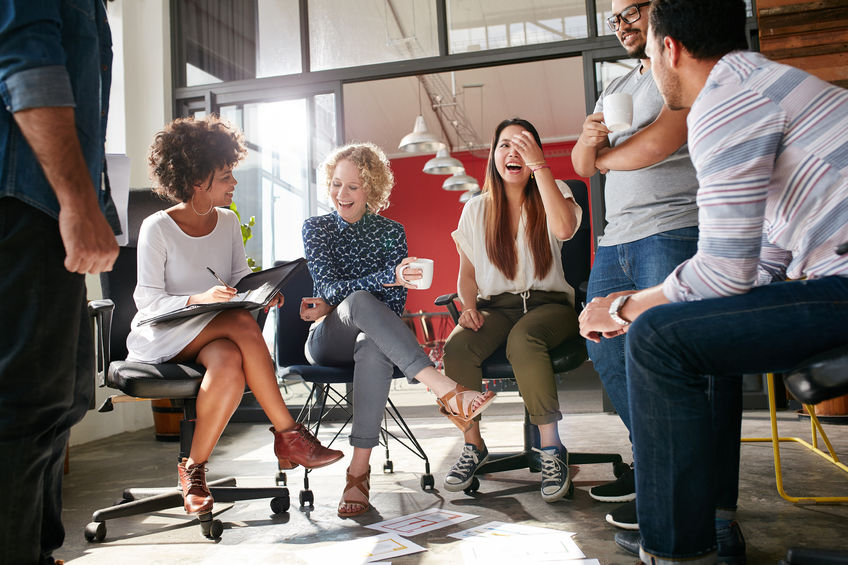 Sometimes we need a break from the seriousness of the leadership and business world. There are great leadership quotes all over the internet. But today we have put together some of our favorite quotes to make you laugh out loud (or at least chuckle).

1. “You do not lead by hitting people over the head — that’s assault, not leadership.” – Dwight Eisenhower

2. “First rule of leadership: everything is your fault.” – A Bug’s Life

3.“A leader is best when people barely know he exists, not so good when people obey and acclaim him, worse when they despise him. But of a good leader who talks little when his work is done, his aim fulfilled, they will say: We did it ourselves.” – Lao-Tzu

4. “Life is like a dogsled team. If you ain’t the lead dog, the scenery never changes.” – Lewis Grizzard

5. “The very essence of leadership is that you have to have vision. You can’t blow an uncertain trumpet.” – Theodore M. Hesburgh

6. “Always drink upstream from the herd.” – Will Rogers

8. “You can build a throne with bayonets, but you can’t sit on it for long.” – Boris Yeltsin

9. “Never forget that only dead fish swim with the stream.” – Malcolm Muggeridge

10. "The problem with the rat race is that even if you win, you’re still a rat." - Lilly Tomlin

12. "When you’re up to your armpits in alligators, it’s hard to remember to drain the swamp." - Ronald Regan

13. "Never try to teach a pig to sing. It wastes your time and it annoys the pig." - George Bernard Shaw

14. "There’s no secret about success. Did you ever know a successful man who didn’t tell you about it?" - Kin Hubbard

15. "Don’t worry about people stealing your ideas. If your ideas are any good, you’ll have to ram them down people’s throats." - Howard Aiken

16. "Accomplishing the impossible means only the boss will add it to your regular duties." - Doug Larson

17. "If at first you don’t succeed, you are running about average." - MH Alderson

18. "It’s hard to lead a cavalry charge if you think you look funny on a horse." - Adlai Stevenson

20. "Victory goes to the player who makes the next-to-last mistake." - Savielly Grigorievitch Tartakower